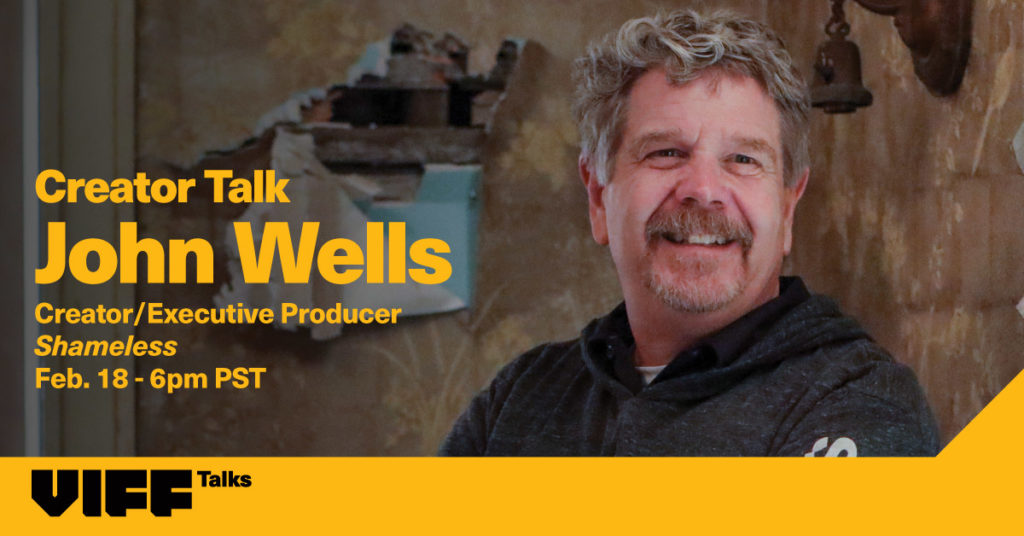 VIFF is thrilled to host John Wells as he discusses the final season of Shameless and shares some lessons learned and knowledge gleaned over the course of his acclaimed career in television.  Over the past three decades, Wells has been a creative force behind some of primetime’s biggest hit series, including ER, The West Wing, and Third Watch. He currently serves as executive producer on the TNT drama series Animal Kingdom, which was renewed for its fifth season; and on Showtime’s Emmy®- nominated Shameless, which was renewed for an eleventh season. He previously served as Executive Producer on the critically acclaimed Southland for TNT, the Emmy® and Golden Globe®-winning Mildred Pierce for HBO, and the Emmy® and Golden Globe®-winning China Beach.  Next, he will executive produce Maid, the upcoming series adaptation of Stephanie Land’s best-selling memoir Maid: Hard Work, Low Pay, and a Mother’s Will to Survive starring Margot Robbie, for Netflix; and Red Bird Lane, a TV movie starring Susan Sarandon for HBO Max.

Presented by Creative BC. Supported by the PSP.  For More Information & Tickets: http://goviff.org/ct-shameless