Catching Up with Corey Liu 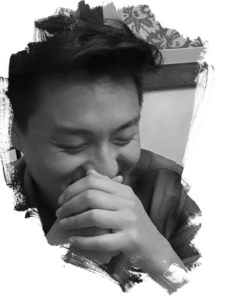 Screenwriter Corey Liu has been working steadily since finishing the Scripted Series Lab 2019 program, including a stint in the room on Susin Nielsen’s new drama, Family Law, set to premier on Global later this year. Thank goodness he’s getting good at writing in a system rather than letting adrenaline and deadlines run the schedule. Corey says he’s a fan of the Pomodoro method.  “You tell yourself you only have to feel crappy for 30m if the writing doesn’t start to flow. (But it usually does.)”

When Corey thinks back to the Scripted Series Lab, he says “learning how to break a mystery with Showrunner, Sarah Dodd, and getting experience with how to organize an episode, was an invaluable experience. In a mystery you’re trying to steer the audience’s attention. You give them enough clues but also you’re trying to manipulate the viewer into thinking certain things. So much is centered in structure. Every act is a unified thought. The same goes for episodes.” He adds, Sarah Dodd taught them that “every show leaves questions that we manipulate the audience into thinking they have the answer to to.”

Corey’s advice to this year’s participants is “don’t get attached to you or ideas in the room.” Most of his ideas don’t end up on the wall, “and that’s fine!” Also, don’t get too automatically critical of other people’s pitched ideas. He adds, “Remember when you get notes from the mentor, still just really sit with it and think about where it might be coming from. What are they identifying even if you don’t love their solution.”